My name is Joseph. I am a 19 year old, male, Trinidadian who, like many of you reading this, could not afford a US education. The day before I entered Lower 6 at Fatima, College I knew that I wanted to study away; because of this, I worked relentlessly for my two years in Form 6 trying to obtain a government scholarship. After graduation, I soon realised this was not happening and came to terms with attending U.W.I. (which is by no means a bad school). Then, U.W.I. rejected me. I had messed up my online application and, before I could fix it, my intended department was full. As I walked off campus that day, I told myself I was never going back to that place – a lofty goal that eventually would come true.

In this, I share with you how I will be attending a US school for less money than the University of the West Indies and what it took. 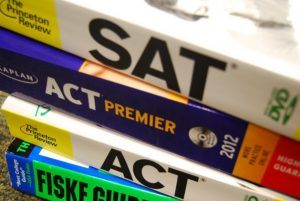 This is a biggie. Right after graduation I went searching for *SAT lessons; asking around a few times I found Paige. I began as soon as I could and worked like a dog. My practice tests were really good; 800s in Math, 730s in English. I was on my way to Princeton for sure! But, when I actually did the exam, I ended up underperforming with a 1430 (this is a very good score but it was just not competitive enough for Princeton whose average SAT is around 1520). I was profoundly upset. I felt like I had worked harder than everyone else in the class by far and still didn’t reach my goal. By now, a lot of you must be sarcastically saying “Oh poor you. You couldn’t get into Princeton because you only got a 1430” but hear me out. I needed 2 million dollars to go to school away and I was under the impression that only a handful of the top schools were capable of facilitating that absurd number – something I later learned is incorrect. Nonetheless, my anguish was fully justified.

As time went on I sucked it up and sat the November *SAT subject tests and did well. I also decided to do the December *ACT’s.  I had already gotten a 31 during upper 6 and felt like the exam was a better fit for me. I received my ACT results in January and did very well. 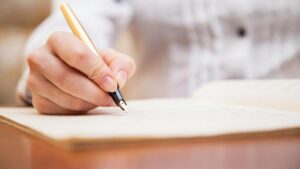 As November 1st approached *(Early Decision I deadline date) I realised I was in no shape for Princeton and decided to apply to Cornell. I was writing essays like crazy. For my Common App essay alone, I rewrote it completely 3 times with 2 – 5 drafts for each rewrite. This, accompanied by supplementary essays, was a killer combination and Paige was probably the only reason I didn’t succumb to the panic.

My understanding from research and in talking to Paige, is that essays are the most important aspect, apart from good grades, of your entire admissions process if applying to US schools. This is what allows admissions officers to determine who you are and if you belong in their distinct institutional cultures.

Eventually, I mustered up everything I needed the afternoon of the deadline and sent in my application. I was rejected a month and a half later. This was definitely the hardest part of the entire admissions process. When a school you weren’t even aiming for initially does not even *defer you, you feel like you are way over your head. I went into a mild depression for a couple days. It was like a war had begun in my brain. I was constantly criticizing myself: “You could not get a government scholarship or fill out a U.W.I. application and you expected for the 14th best school in America to give you 2 million dollars’ were among my initial thoughts. It took over a week and a lot of motivation from people around me to get out of that rut.

In hindsight, I really should have organized these much sooner, but as I mentioned before I was in no frame of mind to do so. I still had to write essays for Princeton University, Yale University, Vanderbilt University, The University of Notre Dame, Trinity College, Union College and St. John’s University before the New Year. This single handedly occupied my entire vacation. I was in Tobago writing for hours on end, every day. I was sending draft after draft to be checked over and constantly tweaking what I already had. Thankfully, by the time January 1st rolled around, I had – by the skin of my teeth – everything in order. I applied to all the schools above under Regular Decision and to Vanderbilt under E.D. II. 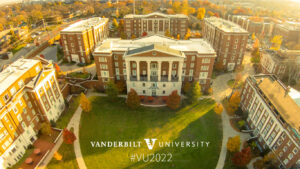 February 15th came around and to my complete surprise and utter happiness I was accepted to Vanderbilt University. There is nothing better than the feeling you get when you prove yourself right and the 14th best university in America (tied with Cornell) gives you a ridiculous grant. Looking back, after that day, I realised that even though I failed everything over the last 3 years, I really only needed to succeed once.